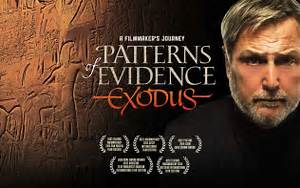 About the author/filmmaker/producer
Tim Mahoney founded Mahoney Media Group, Inc. (MMG) in 1989.
MMG focused its business on television and video production for regional and national companies.
In 2014 Tim founded Thinking Man Films & Media as an international documentary & publishing company with a focus on education and the Bible.
Tim produced numerous productions for Christian organizations
including the Billy Graham Association, World Wide Pictures, and Compassion International.
Tim also served as the President of the board for the International
Christian Visual Media Association (ICVM).

Tim’s first full feature documentary film,
“PATTERNS OF EVIDENCE: THE EXODUS”,
released in January 2015.
The film took 12 years to develop and takes a scientific approach to
investigate the events of the biblical Exodus.
The overall vision for his film company is to explore
“patterns of evidence”
that support the biblical narrative and
engages the world in a conversation.

The film takes a balanced approach and
leaves the audience to decide for
themselves if the Bible is real history or myth.

The film has won 13 awards on the film festival circuit
in 2014, including a Gold Remi Award winner
for Best Director at the Worldfest Houston Intl. Film Festival,
the Gold Crown Award for Best Picture
and Best Documentary at ICVM 2014,
and Official Selection at the Soho International
Film Festival in New York.


There is a Supplemental resources associated with the film include a nearly 400-page hardcover book, small group Bible study, Movie Event kit, youth version (called Young Explorers), homeschool curriculum and others.
It includes powerful interviews with some of the top experts in the fields of archaeology and Egyptology as well as people of influence in the Middle East.
The film has an objective, fair-minded and balanced approach. It allows viewpoints from all sides to be heard in a respectful way while asking honest questions of the Bible and scholars’ views. It does not preach and lets the evidence speak for itself. This allows the film to be very shareable with those of different viewpoints.

Enter Below for your chance to win a copy of Patterns Of Evidence DVD!!

Dont wanna wait to see if you are the WINNER?...
You can purchase a copy HERE use code MK1 for $3 off the DVD price which retails for $19.95.

Disclosure (in accordance with the FTC’s 16 CFR, Part 255:  “Guides Concerning the Use of Endorsements and Testimonials in Advertising”):  Many thanks to Propeller Consulting, LLC for providing this prize for the giveaway.  Choice of winners and opinions are 100% my own and NOT influenced by monetary compensation.  I did receive a sample of the product in exchange for this review and post. Only one entrant per mailing address, per giveaway.  If you have won a prize from our sponsor Propeller /FlyBy Promotions in the last 30 days on the same blog, you are not eligible to win.  Or if you have won the same prize on another blog, you are not eligible to win it again.  Winner is subject to eligibility verification.