Do you Believe in Miracles??

Hi Gang!
I have to share an event that happened to our family over this past weekend!

My youngest son Andrew was out playing with his friends on a street near a local drainage system when they got swept away by the fast rushing rain water.

Saturday could have been much worse ...

We found out about the events in the early afternoon when a member of the WFPD came to my home asking if I was Andrew's mom. My first thought was DARN what had he done because he had spent the night at a friends house the night before. The officer began to explain that Andrew and his 2 friends were playing down the street and had been sucked into the cities drainage system by fast flowing rain water. If that wasn't bad enough he explained that Andrew had been missing in the drainage system for over 10 minutes.

After I got over the shock of Andrew being missing and how he was missing, the officer explained that the other 2 children had came out exits of the drainage pipes and were just fine.(other than having shredded clothing and a few cuts and bruises) That is how the officer got my address, so I knew they were ok if they were able to give info.

Andrew's male friend crawled out of a drainage hole and had flagged down a passing car. That car just happen to have an off duty firefighter in it. His friend told the firefighter about what just happened and the firefighter jumped into action and called for additional help to locate the 2 still missing children.

Andrew's female friend was found a few minutes after the call by an elderly couple. She had come out the drainage system behind the country club area! What a blessing! That they were safe!

But, MY Andrew was still missing.

I was told after 25 minutes that it did not look good to prepare myself for the worst and that the divers and boats had been sent in to find Andrew. That it was now considered a recovery mission. My heart dropped!

Time was passing so slowly!

It was so hard just to sit and be calm ~ I was thinking~ where could he be and what was he was doing...was he safe??
I wanted to run down there and search for my baby but the officer would not let me leave!

When you see a member of the PD starting to tear up you just know the news is going to be bad!

By this time my house was filling up with family and friends praying for Andrew.

AFTER a 45 LONG minutes there was a crackling over the police mans radio ~ he had walked away so I could not hear what was being said..

He come back to us and explained  "We have him"!
BUT he didn't tell me his condition or at least I didn't give him a chance!

I just remember running down the street to the drainage ditch!

When I got there I saw Andrew sitting in the front seat of the police car with a blanket wrapped around him. His eyes were huge and he looked scared to death!

Andrew was found walking out of the same place that he had been swept in~~
He was taken to the ER to make sure he was ok.
He was cold, wet, scared and in shock.
His pants had been shredded by the current of the water.
The Dr released him shortly after he was declared to be fine.
~~~~~~~~~~~~~~~~~~~~~~~~~~~~~
I want to thank the entire police force here in Wichita Falls along with the firefighters, divers, boat operators and member of the city who searched for my son!
I also want to say a big thank you to SouthWest Baptist church and its members for praying for the children, even before they knew who they were!!
~~~~~~~~~~~~~~~~~~~~~~~~~~~~~
I believe that it was a miracle that he and his friends were found all alive!!
I always hear horror stories about kids and rushing water!
~~~~~~~~~~~~~~~~~~~
update 11-3-12
All 3 of them tell their stories of this day all a little different. ~~
*The male friend says he rode the waves until he saw daylight and grabbed for one of the drainage holes that come close enough for him to grab hold of. He says he didn't even know it was a drainage hole until he had crawled out of it and calmed down. His pants and shirt was almost gone from the waves and debris in the water.

*The female friends says that she could not hold onto anything so she just rode the waves. She came out at the exit near the country club. He pants and undergarments were shredded from the water.

The 2 of them laugh to this day cuz it was the funnest water ride they had ever been on...lol

Andrew on the other hand explains that he could not find anything to grab onto, the sides of the tunnel were solid flat surfaces. He said he knows he made 5 to 6 turns in the drainage system. He was trying to stand up but the water kept rushing him. He was scared, crying and praying. He says that when he started praying something grabbed his foot and held him in place so that he didn't float away anymore. The water level at the time he was grabbed was at his neck and rushing over his face. He says it took him a few minutes to calm down and realize that the water level was dropping. The water level continued to drop enough so that he could stand up on his own. What ever had grabbed him had let go and he started walking. He states that something guided him out of the dark tunnels. He cant explain what it was but he says "something" guided him out.
~~~~~~~~~~~~~~~~~~~~~~
Update June 2013
The 3 of them are still best buds! They have sleepovers at each others' houses every weekend and hang out at the movies and the mall often. They know they were very lucky and bring up the events of that day often. Mostly it is laughing about their clothes.(they think they looked like the HULK) They all still attend the same church and are planning on going to summer camp soon together.

We have seen the officer that come to the house that day many times. He is amazed at how much the children have grown since then. Andy has grown a foot since and his voice has got deeper..lol
The office still says it was one of the best days he has had as an officer. It is a day he will never forget.
Its nice to now that we live in a community that jumps to help it kiddos in trouble! I feel lucky to live here! There are now signs all around the street where the water flows into the drainage system to beware of fast running water. The kids were swept away by less than 5 inches of water that day!

Andrew still cant explain what happened in there. He just doesn't know how to explain it.
~~~~~~~~~~~~~~~~~~~~~~~~
If you don't believe in a higher power or prayer this story should make you believe!
Please hug your children today cuz you just never know what the day may bring!

I am feel so blessed that God placed the off duty fireman and the elderly couple to help these younger children in their time of need! I am also grateful for the officer because he kept me calm in a time of shear panic!
at 10:38 AM 12 comments:

These wraps taste wonderful!
Smart Ones meals retail for around $3! 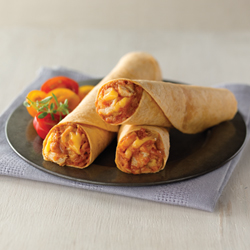 Content and/or other value provided by our partner, Smart Ones.

Use this coupon and save! 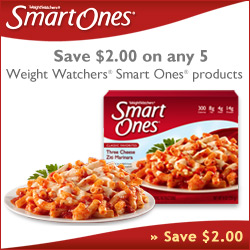 Content and/or other value provided by our partner, Smart Ones

Thanks to weight watchers and smart ones for the sample.
at 11:30 AM 1 comment: