Hi Gang!!
I am always looking for ways to earn a little extra every month!
I have been with this site for many years and LUV it!

There are many ways to win CASH on ICS daily!
1. by answering surveys
2. entering the $2~4 hour giveaway
3. answering just 1 survey session a day enters you into the $50 daily drawing!

You can check into ICS EVERY 3 hours and answer surveys! The surveys are really EASY and it takes less than 5 minutes to complete each session and you can win cash EACH session!
I win from .01 to .10 each and every session. .I have had several video surveys that paid $2 for a 12 to 60 sec video! You will also earn tickets and coins each session.

Your tickets will START OVER every day at 7PM CST those are the entries into the daily $50 drawing.

Your coins CAN BUILD up so that you can enter any amount into the $2~4 hour giveaway.

You can win both giveaways!!
More than 20 % of my referrals who played more than 1 sessions have won the daily $50 giveaway at least once!
Many win the $2~4 hour drawing multiple times a week.

The BEST part about ICS is they pay via PayPal and ALWAYS with in 24 hours of requesting and the cash out limit is ONLY $2!!

pros~
pays very fast EVERY TIME!
low cash out level
takes a few minutes each session
Chance to win $50 daily
Chance to win $2~ 4 hour drawing
been around for ever!

Cons~
you have to work your way up to the top level to earn the most for surveys!
referrals help you earn faster!

You wont GET Rich at ICS but its fun and who cant use an extra $20 OR MORE a month just for answering surveys! 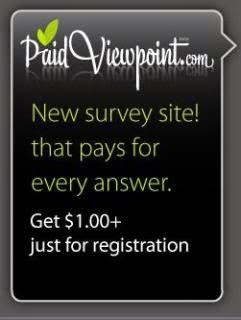 disclosure: this post contains referral links to sites that i get paid to answer short surveys.

YO GABBA GABBA! LIVE! GET THE SILLIES OUT! TOUR WILL VISIT OVER 50 CITIES ACROSS THE U.S. IN 2013

The sillies are crazy little creatures that live inside of us and need to be shaken out! DJ Lance Rock and everyone's favorite cast of colorful characters are calling all fans across the U.S. to get ready to jump, shake and shimmy them out at the new live tour Yo Gabba Gabba! LIVE!: Get the Sillies Out!. Yo Gabba Gabba! LIVE!: Get The Sillies Out! tour begins in Los Angeles at Nokia Theatre L.A. Live on Friday, November 23 and will visit more than 50 cities across the U.S. in 2013.   Yo Gabba Gabba! LIVE! is touring in support of their first national beverage launch, a new line of toys, a new line of kids sportswear and a DVD/ CD collectors edition.

Email ThisBlogThis!Share to TwitterShare to FacebookShare to Pinterest
Labels: Yo Gabba Gabba

Smiley360 is a place where you can write reviews and share them easily with your friends and network. At Smiley360, we want to hear what your friends think of the information we ask you to share. When your friends click the link it will take them to a short survey.

If you're looking for a hilarious game to entertain
your family and friends, then it's time to throw a Spontuneous Party!

It's fun, fast paced, full of laughs
and a perfect game to spice up
your next get-together! 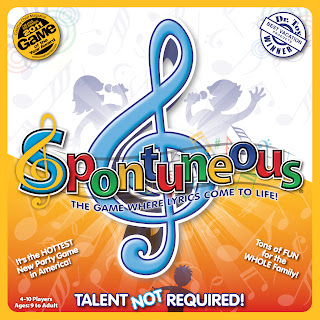 Have you ever heard a word that "triggered" you to sing a song?
If so, then YOU are Spontuneous! One
player says a word and the race is on for the others to sing a song containing that word.
Don't worry though, talent is NOT required!

It's really this simple: One player (Tunesmith) says a word and the others race against each other and the clock to try and blurt out a 5-word portion of lyrics from any song containing the given Trigger-Word! The player who begins singing first, gets to roll the dice and advance around the board! If nobody can sing a song, the Tunesmith must be able to back it up with a song of their own, or else they roll both dice and move backwards. As players advance around the board, certain spaces will require them to draw a Spontuneous Card and attempt the crazy challenge! Whoever reaches finish first and completes the final challenge, wins the game!


Visit NBCNews.com for breaking news, world news, and news about the economy

Purchase Spontuneous HERE for your family or enter below to win one!
~~~~~~~~~~~~~~~~~~~~~`
Giveaway~ The wonderful President of Spontuneous has offered one reader of Dnbuster's Place a chance to win a Spontuneous game!
to be qualify to win Enter via raffle copter form below.
1 winner will be drawn by noon March 21st.
All entries will be verified.

Winner will win a Spontuneous Party Board Game! 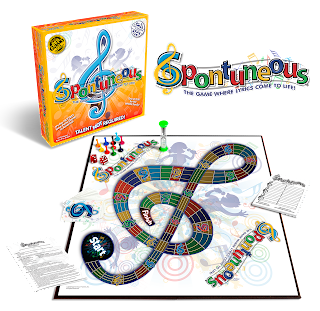 disclosure~I was sent a SPONTUNEOUS game for the purpose of this review!
at 12:00 AM 5 comments:

With a great variety of flavors, you are sure to find a favorite flavor of Campbell's Slow Kettle Style Soups. Pick one of 7 different and unique flavors and enjoy!

Whether you choose to savor Slow Kettle as a snack or a meal, it will provide you with the satisfaction and fulfilling feeling just as a home cooked meal would. You deserve to slow down & savor, so try one of our soups today. Campbell’s Slow Kettle Style Soups are available in the following flavors:
Important Links

Disclosure~ I received a free sample to try the product from Smiley360.com
at 7:52 PM No comments: