Avengers: Infinity War
is an American superhero film based on the Marvel Comics superhero team the Avengers, produced by Marvel Studios and distributed by
Walt Disney Studios Motion Pictures.
It is intended to be the sequel to 2012's Marvel's The Avengers and 2015's Avengers: Age of Ultron and the nineteenth film in the Marvel Cinematic Universe (MCU).

The film is directed by Anthony and Joe Russo, with a screenplay by Christopher Markus & Stephen McFeely, and features an ensemble cast.

In Avengers: Infinity War, the Avengers join forces with the Guardians of the Galaxy to confront Thanos, who is trying to collect the Infinity Stones. 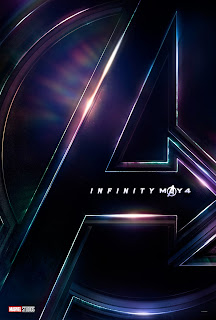 This material was provided by Walt Disney Pictures and Marvel Studios via its blogger program!