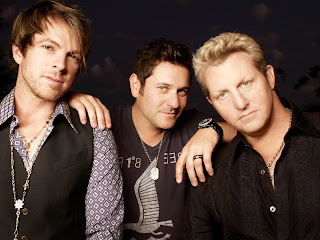 Rascal Flatts' newest album, Changed, hits stores on April 3rd. The trio, comprised of singer Gary LeVox, bassist Jay DeMarcus and guitarist Joe Don Rooney, have evolved after being in the spotlight as some of country music's biggest superstars.

Changed is their eighth studio album and their first with brand new material in two years. Since their musical debut in 2000, the band has sold over 21 million albums, 25 million digital downloads and delivered 13 #1 singles to the top of the charts!

Changed is full of the band's high-gloss harmonies, songs that speak to our hearts, and above all, their desire to push themselves to bring more to the table with each record. 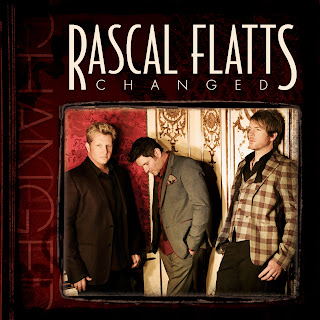 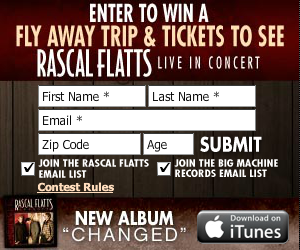 disclosure~ this information was provided by One2One network. I received a free CD and tickets to the April 5th theater event!! Review of the album and pics from event coming at a later date:)
~~~~~~~~~~~~~~~
UPDATE~ I attended the theater event last night with Anthony. I would have taken pictures but there were no movie posters or anything about the Racal Flatts ~ Changed in the theater at all. My son and I were the only 2 in the theater! CHOICE SEATS...LOL. Anthony and I rate it a 5 out of 5. It was great back and behind the scenes of their lives and career. I learned alot about Jay DeMarcus, Joe Don Rooney and Gary LeVox.
Thanks One2One, NCM Fathom, Big Machine, and AEG Network for the chance to attend the theater event! What a privilege!
at 9:16 PM