This is part of a sponsored collaboration with Latina Mom Bloggers and Disney Studios. However, all opinions expressed are my own.

Kids often hear about ‘super’ heroes- the kind that fly through the air and can carry trucks and break through buildings. But the conversation of ‘everyday’ heroes isn’t always as popular. People like  teachers, fire fighters, police officers, nurses and everyday folks in our communities often go unnoticed for their small heroic acts. Disney’s Planes Fire & Rescue celebrates our everyday heroes in a story filled with humor and heart available for the first time ever on Digital HD and Disney Movies Anywhere on November 4, 2014. An exciting adventure for the entire family!
~~~~~~~~~~
My family has its own "set" of heroes. A few years ago, My youngest son Andrew was out playing with his friends on a street near a local drainage system  and got in some trouble. He and 2 of his friends got swept away by the fast rushing rain water.  They were sucked into the cities drainage system by fast flowing rain water. 2 of the children had came out exits of the drainage pipes and were just fine.(other than having shredded clothing and a few cuts and bruises) but my Andrew was still missing. Andrew's male friend crawled out of a drainage hole after just a few minutes and had flagged down a passing car. That car just happen to have an off duty firefighter in it. His friend told the firefighter about what just happened and the firefighter jumped into action and called for additional help to locate the 2 still missing children. Andrew's female friend was found a few minutes after the call for help by an elderly couple. She had come out the drainage system behind the country club area! Andrew was still missing thou. During the time he was missing the local news channels had texted and broke in with reports of my missing child. The citizens of this city are awesome. They jumped into action right away. Divers and and citizens with boats had begun to search for Andrew at all the exits of the drainage systems. After 45 minutes Andrew just walked out of the same spot that he was sucked into!! Other than being wet and in shock he was just fine!
You can read the newspaper report HERE
You can view the news report HERE
Our heroes of that day are many but they start with the off duty firefighter, the elderly couple, the PD, the divers, the boat operators and every one who searched for my son that day! More than 17 units of the Fire department, police department, sheriff's office, city workers and countless citizens all were looking to find him. 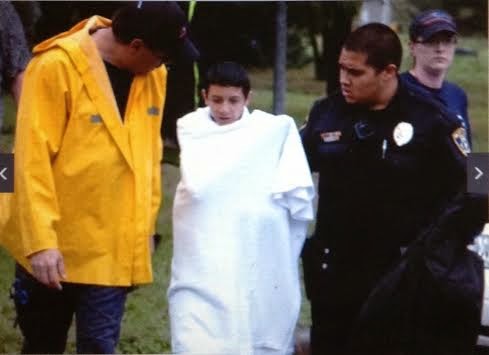 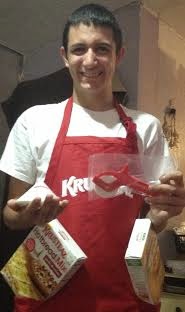 To celebrate the release of Disney’s Planes Fire & Rescue available on Blu-ray and Digital HD Nov 4  I invite you to join the #MiHeroeFavorito ‘Who’s Your Hero & Why’ Twitter Party featuring Eric Estrada LIVE on 11/4 from 9-10 pm EST. Register HERE
Here are some great activity sheets to go along with the release
Apple Bake
Fire prevention facts
~~~~~~~~~~~~~~~~~~~~~~~~`
Giveaway~ Enter my #MiHeroeFavorito “Who’s Your Hero & Why?” #Giveaway for a chance to win the Planes Fire & Rescue DVD Combo pack! Giveaway is open to U.S. entries only. Ages 18 and up. Giveaway ends 11/7 at 12AM CST. Winning entry will be verified.


Note: This post may contain a sponsored/affiliate/referral link. Thank you for supporting this site!
at 6:58 PM

#MiHeroeFavorito is my mom. She has always been there for me no matter what!

My hero is my boyfriend. He has been a firefighter for about 5 years

My hero is Jesus! #MiHeroeFavorito

#MiHeroeFavorito is my Dad! He inspires me still to this day!

My hero has always been my dad! He worked so hard while we were growing up, but always was there for us! So supportive! He will always be my hero! #MiHeroeFavorito