Hi!
My family and I were blessed to be able to take a wonderful #BeachHoliday trip to South Padre Island this past weekend. Since we were down there we took the opportunity to check out many great places on the island. One of the locations we stopped by and toured was the Sea Turtle Rescue Center! 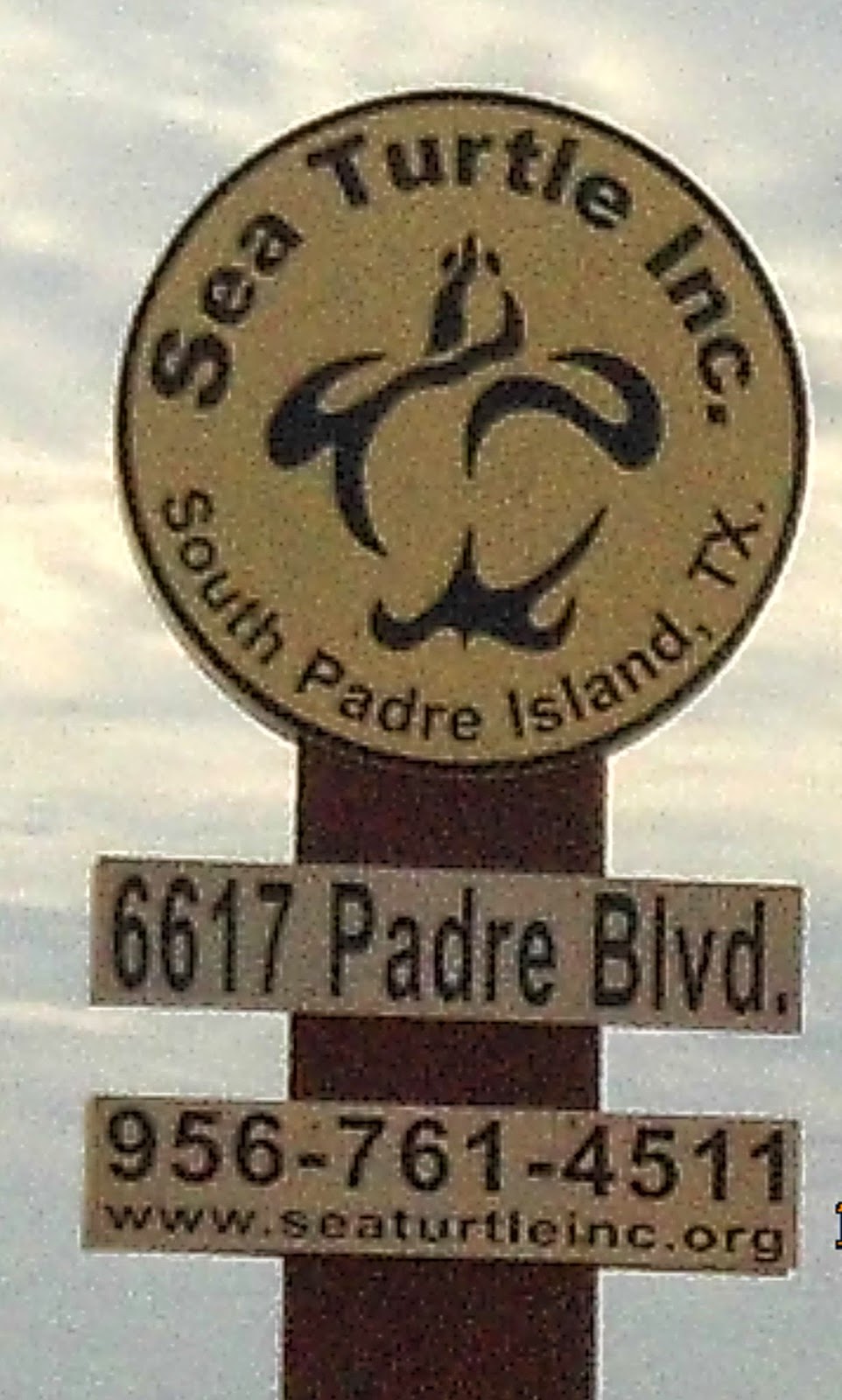 Rehabilitation of sick and injured sea turtles is an important part of Sea Turtle, Inc's mission to save sea turtles! Each year, they rehabilitate anywhere from 40 to 100+ patients and release them back to the ocean. 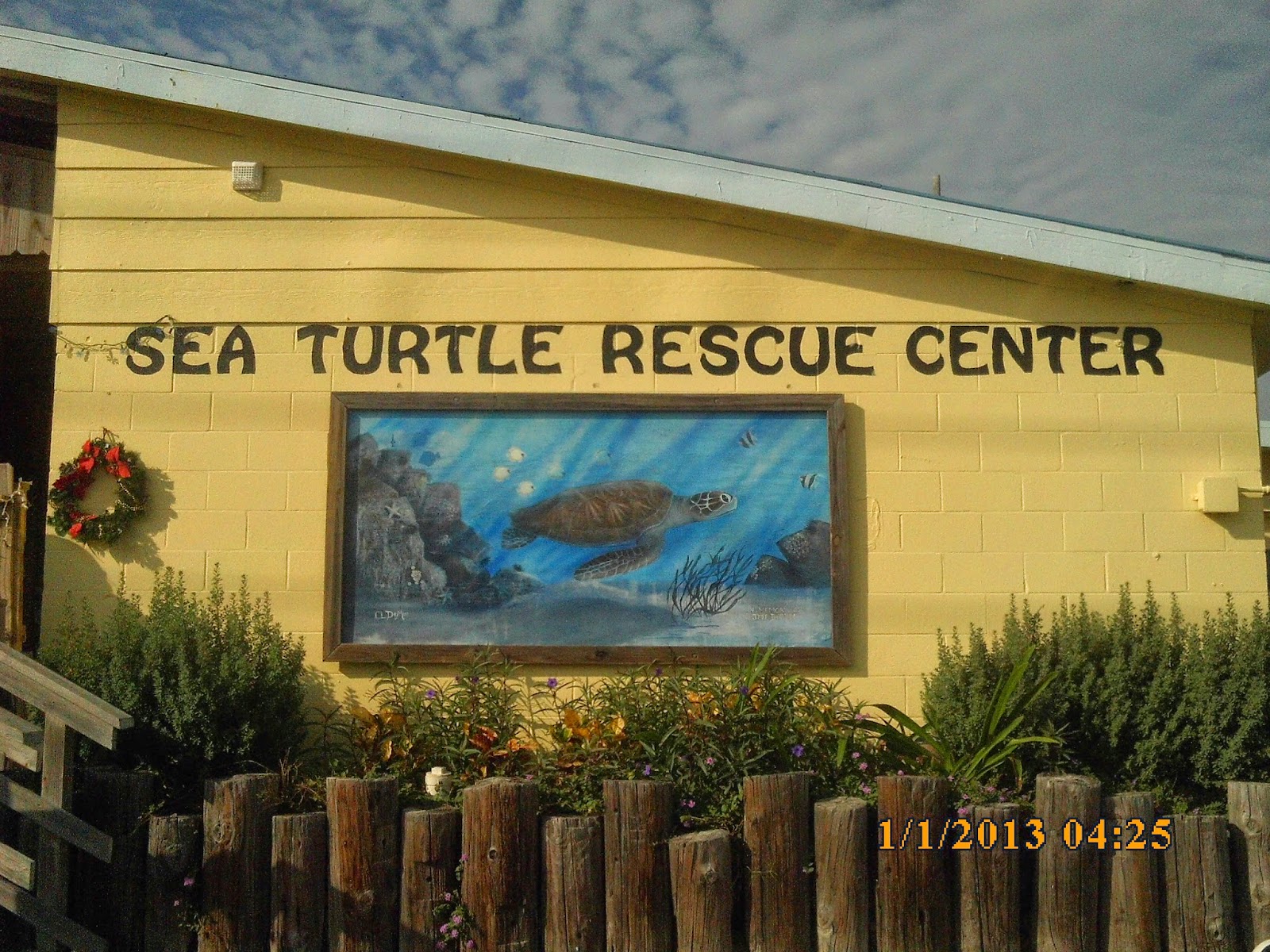 The Sea Turtle rescue Center was neat because you could get up close to the turtles.
Although, you could not touch them or pet them, the the turtles did come up to the top of
their tanks to say hello to us!
~~~~~~~~~~~~~~
The first turtle we got to meet was named Allison.
She is 1 of 8 a permanent resident of Sea Turtle Inc. facility. 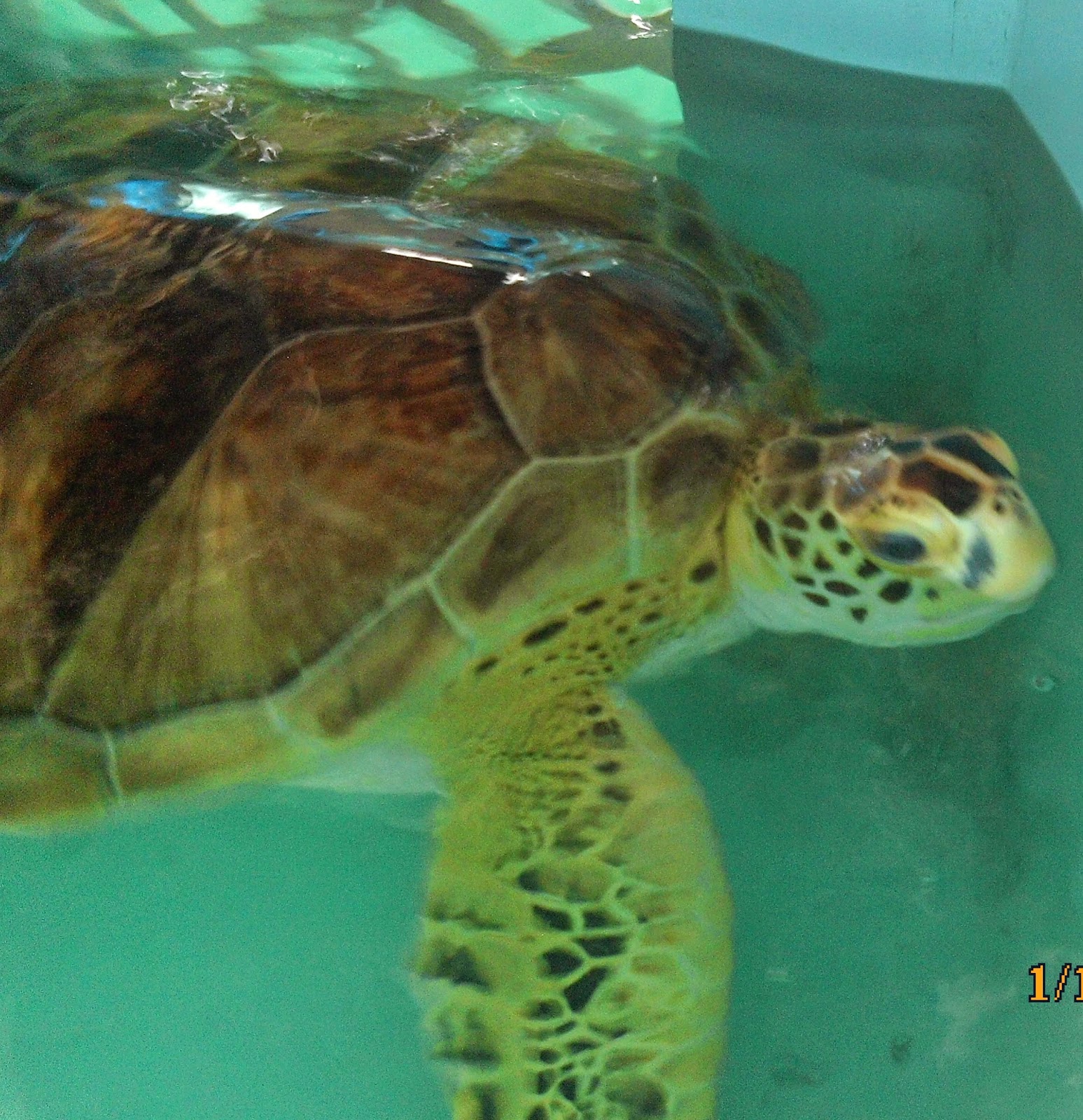 Allison is a very special turtle. She is an Atlantic Green turtle. She has only 1 flipper so she uses a prosthesis to swim. She was attached by a predator in 2005. In 2009 and intern of Sea Turtles Inc developed a prosthesis that helped her swim around and not just to swim in circles.:) She is now on her 5th prosthesis. We watched the staff put it on her and she got all excited..LOL.. When she was found she fit in the palm of a hand, now she is more than 100lbs! 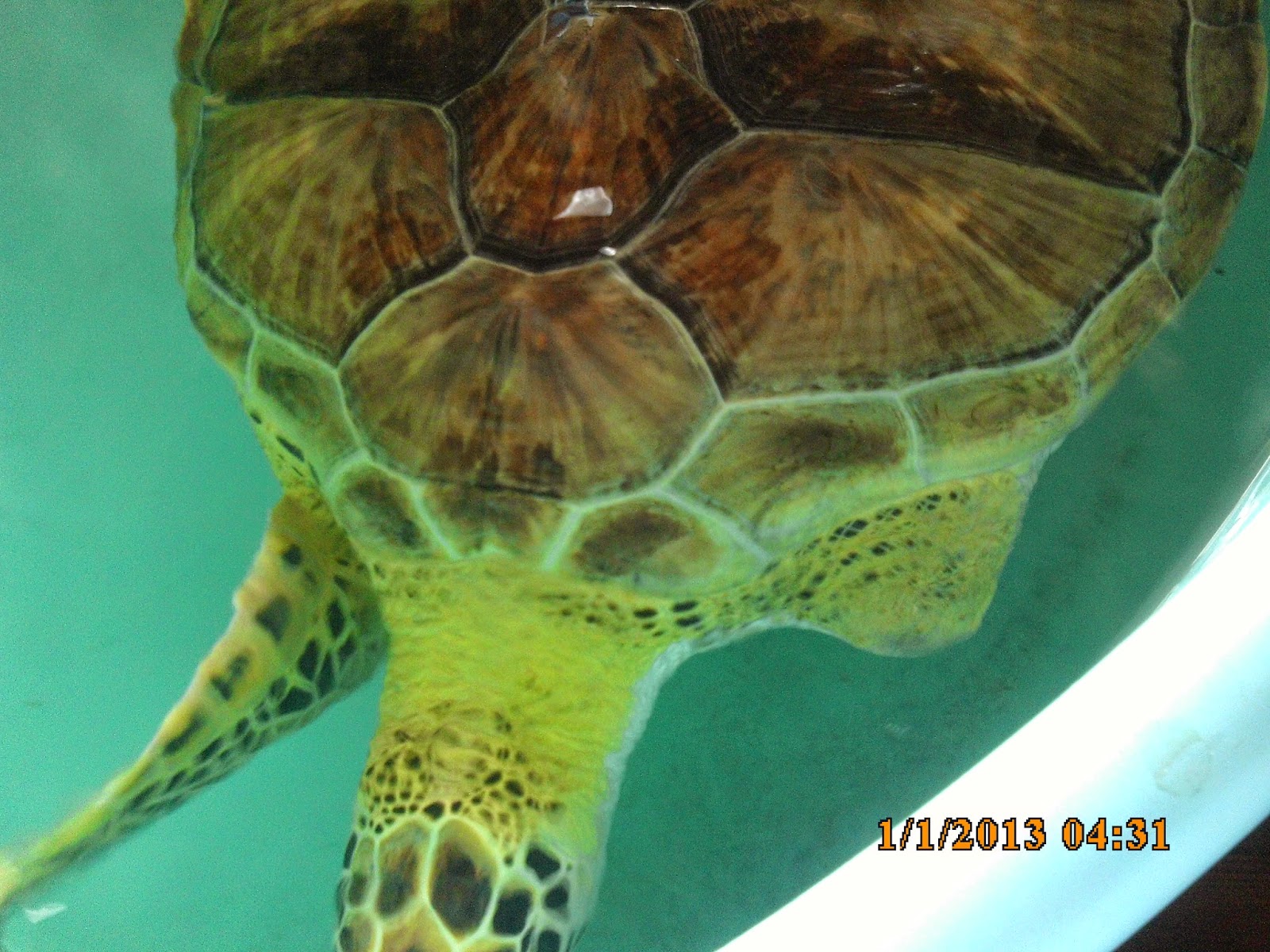 You can read more about Allison and  WATCH a LIVE video of her swimming around
in her tank on her page.

Another resident that the boys really liked was Fred the Loggerhead.
The boys said he looked like a ninja turtle..:) 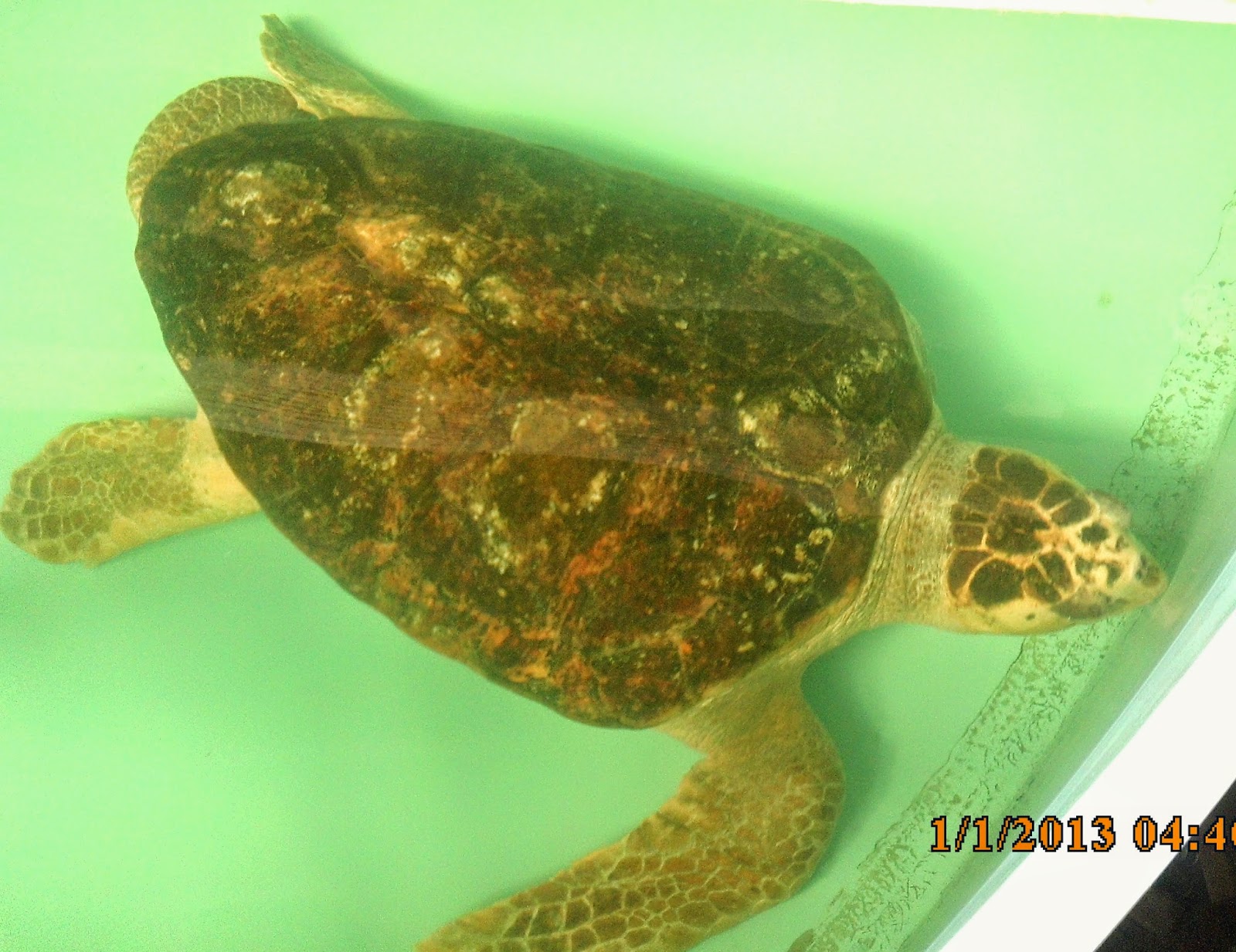 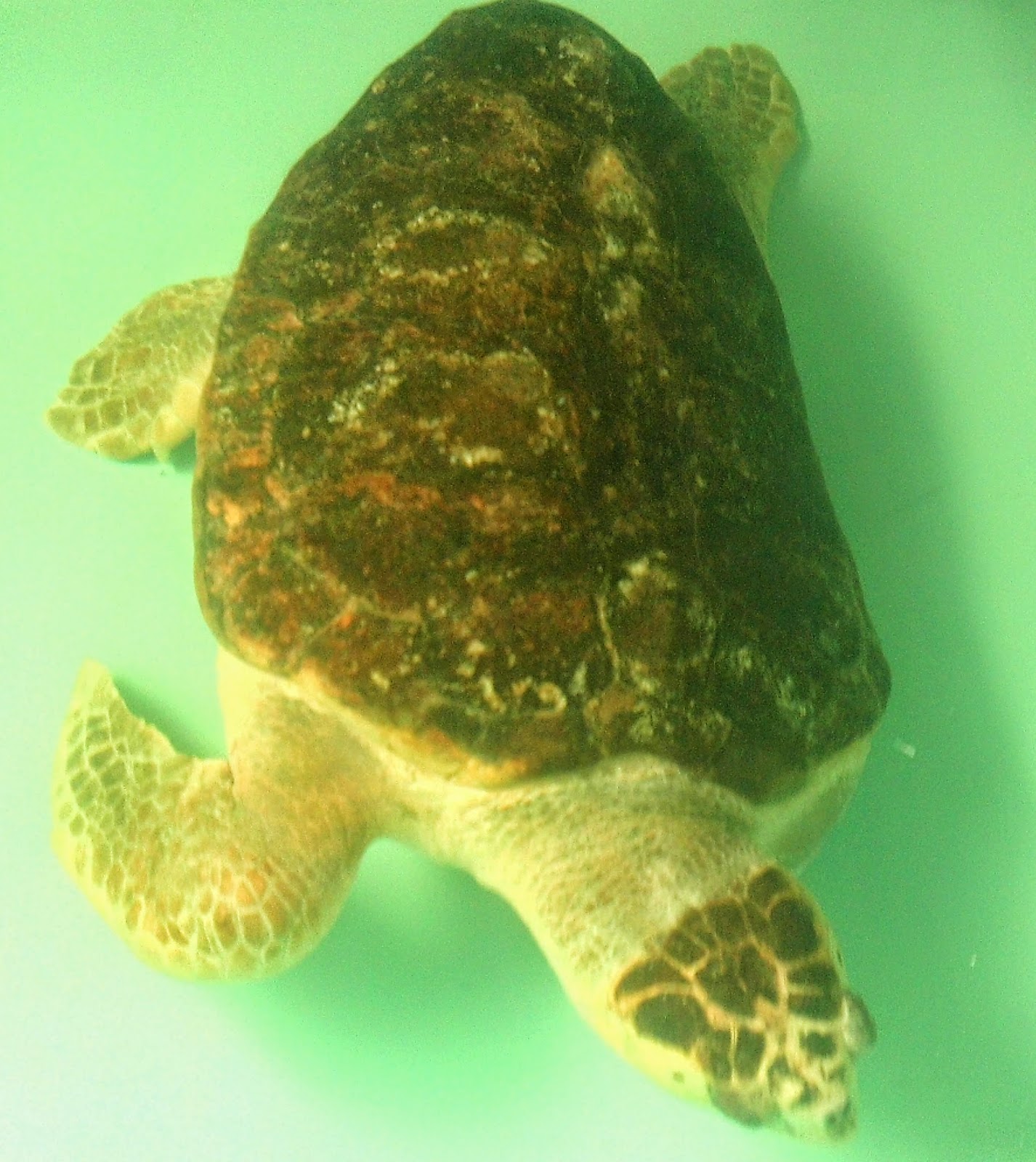 Fred was found entangled in fish line in the late 1990′s. One front flipper was amputated and Fred was released back twice but washed back every time! He was transferred to STI care in 2000.
He now weighs around 200 lbs!

Another resident we got to met was a real treat ~
We got to feed him!
His name was Gerry! 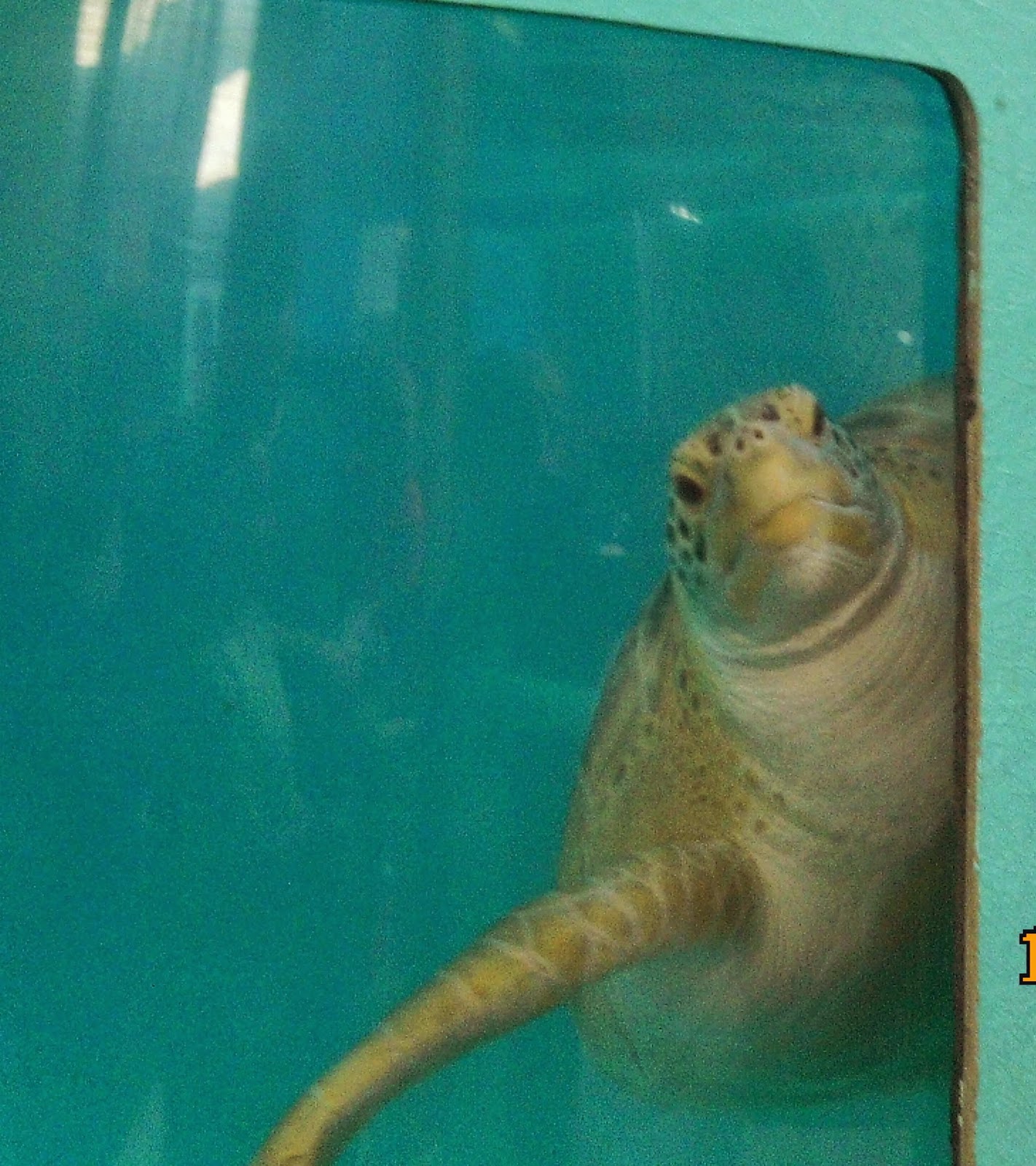 When we first walked up to his tank he was playing Peek-a-boo with us:) He is very friendly and funny. He is a famous turtle. He has appeared on many shows such as Johnny Carson and David Letterman. He has the largest tank at Sea Turtles Inc.
His tank is 20,000 gallons! 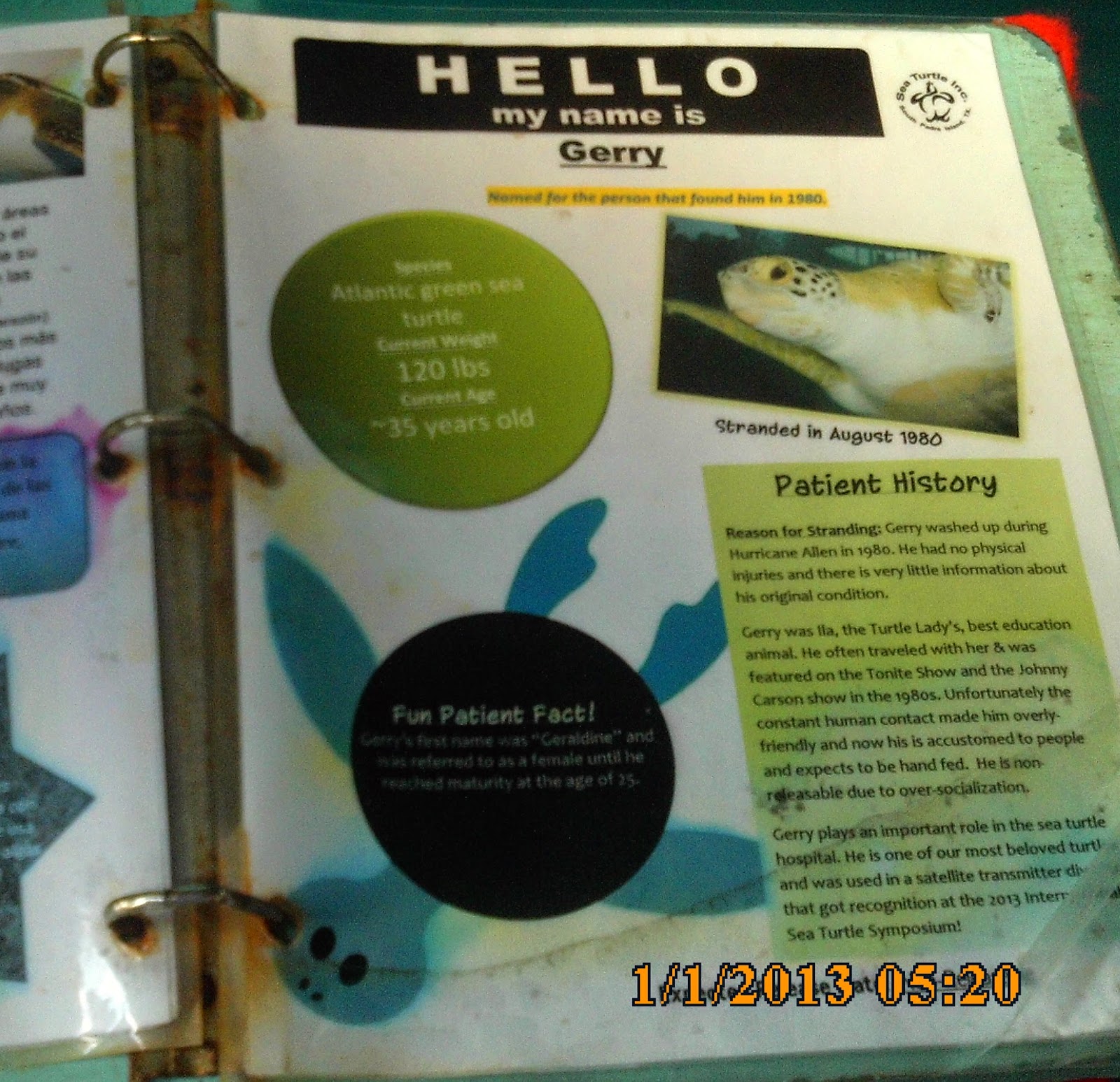 Gerry got stranded due to a hurricane during the mid 1980's.
He was held back as an educational animal. 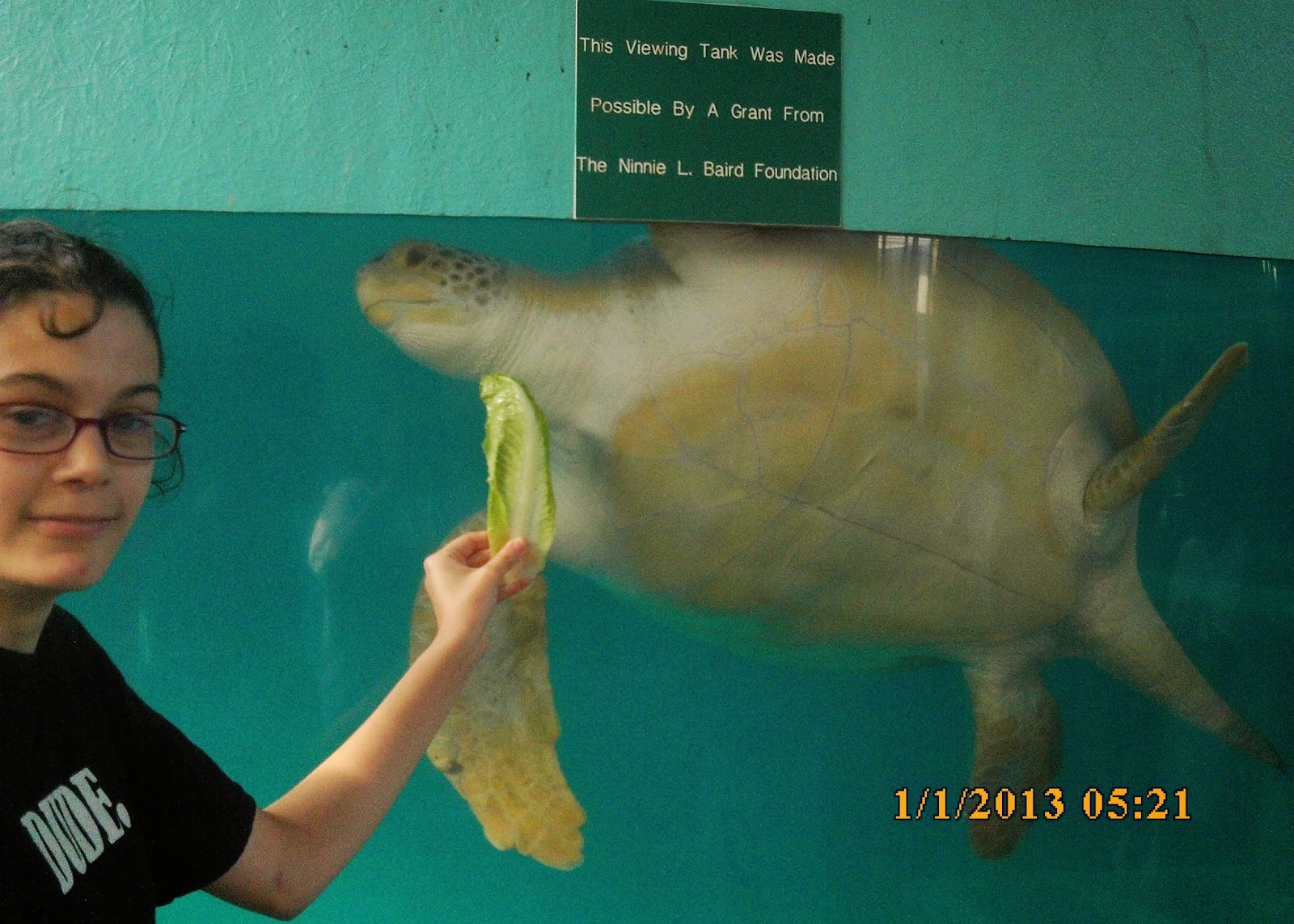 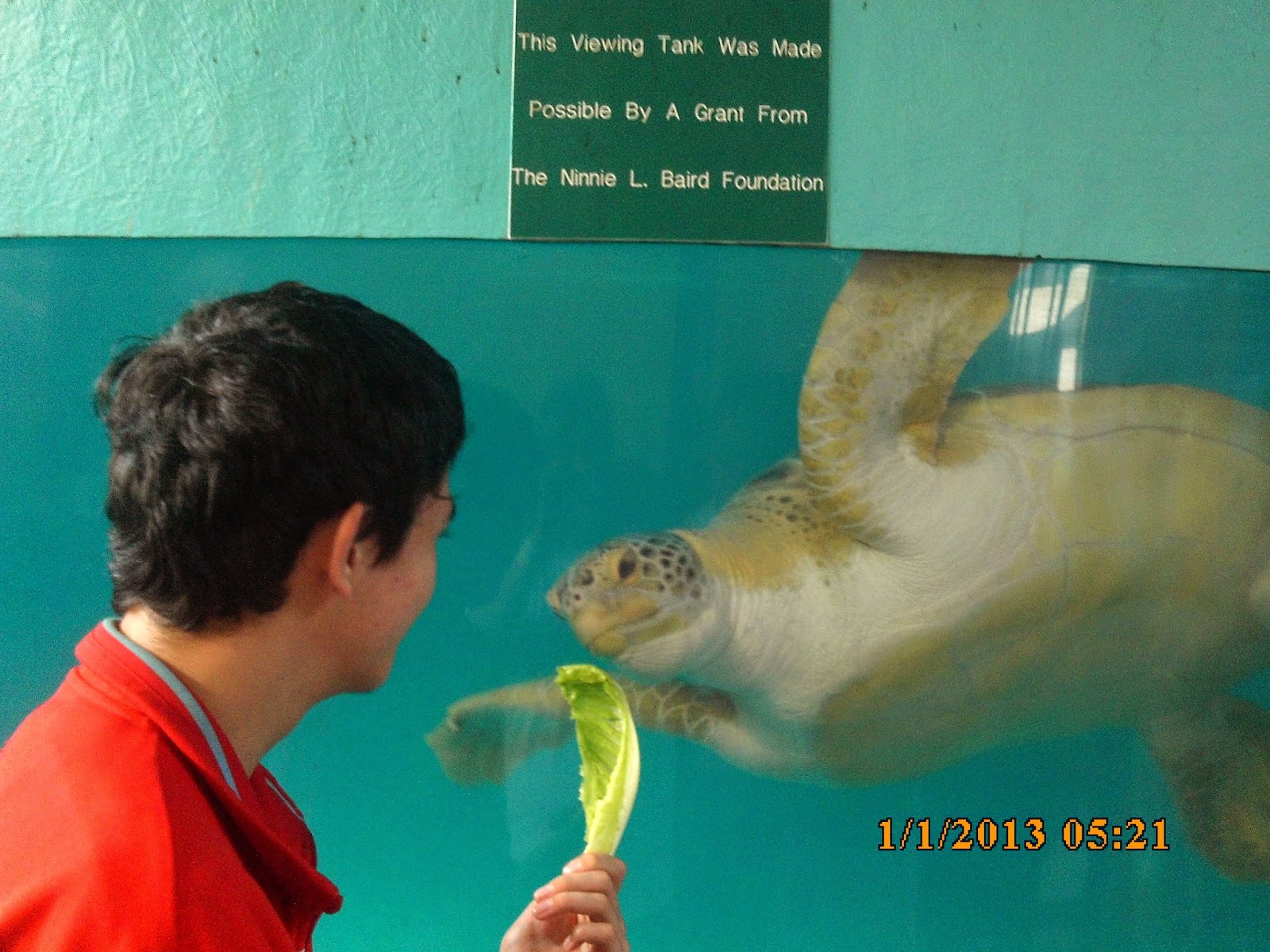 Andy got a kick out of Gerry.
Gerry and Andy tilted their heads at each other a few times.
It was so cute. 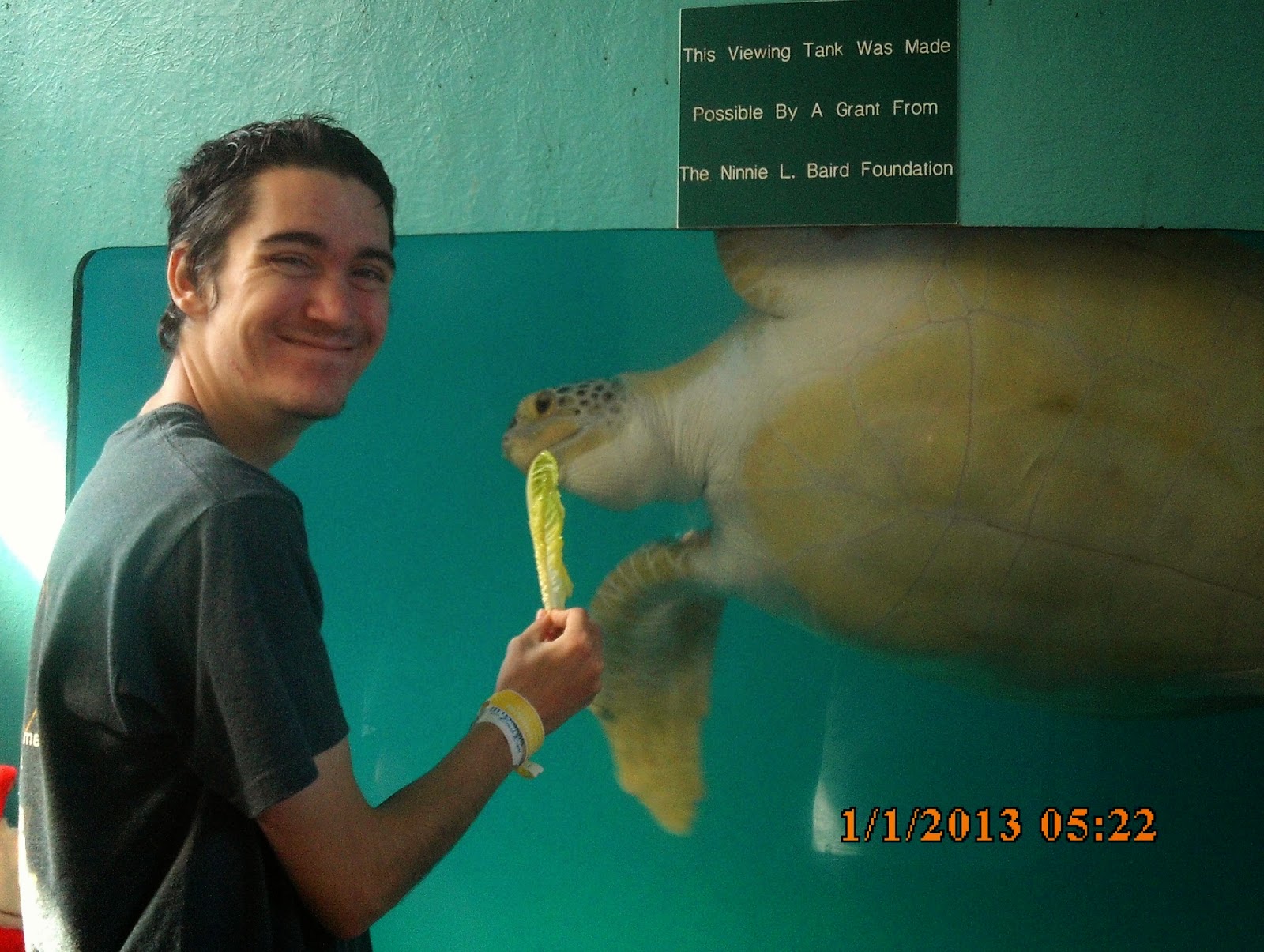 There was also a short educational class help while we were there.
They explained the different types of turtles and how we can help them to survive.
The instructor also explained what Sea Turtle Inc does to help the turtles live longer and how they help the turtles when they are sick and injured. It was a great class! 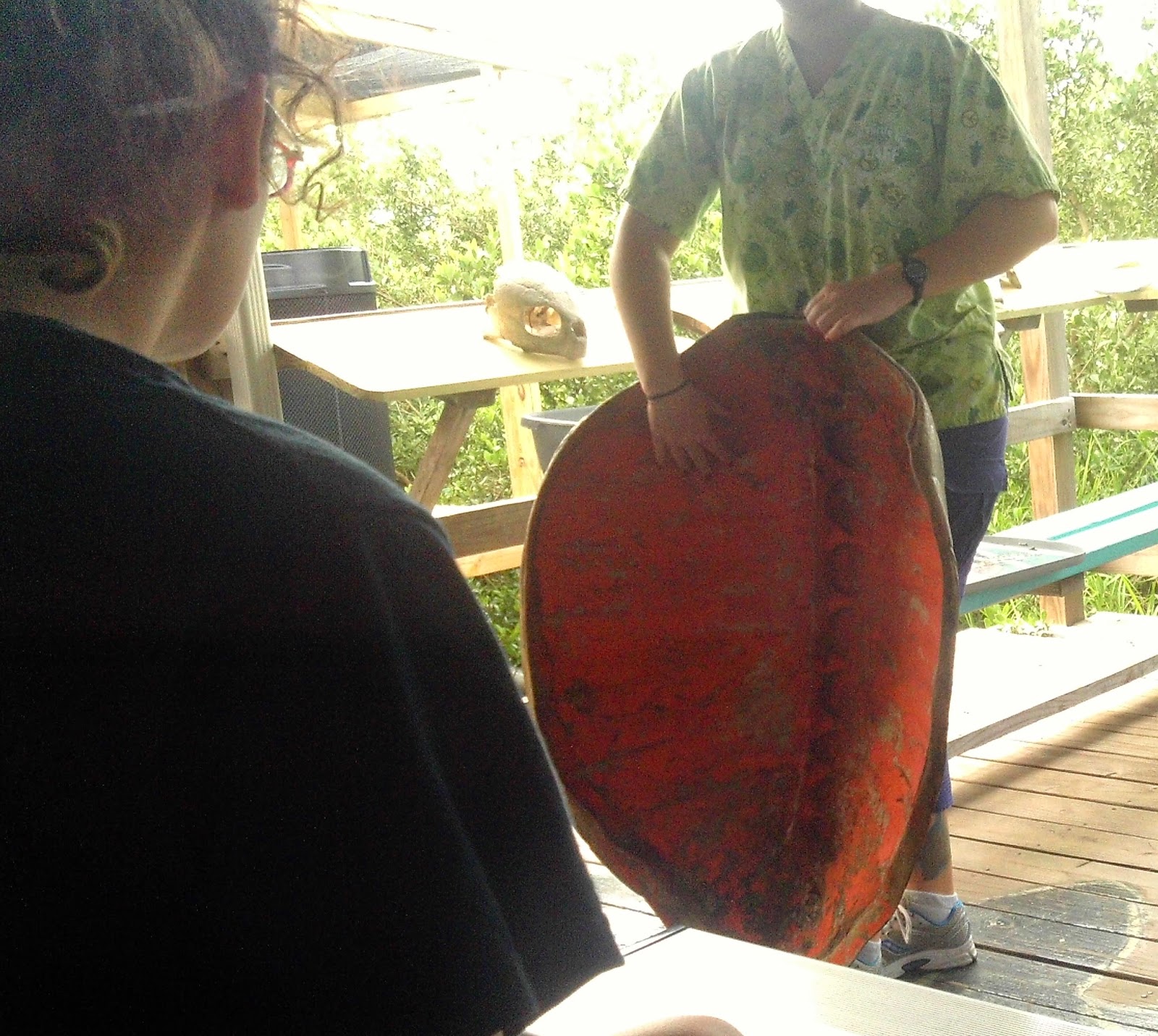 She is showing us a real turtle shell and how big they can get! It was HUGE! 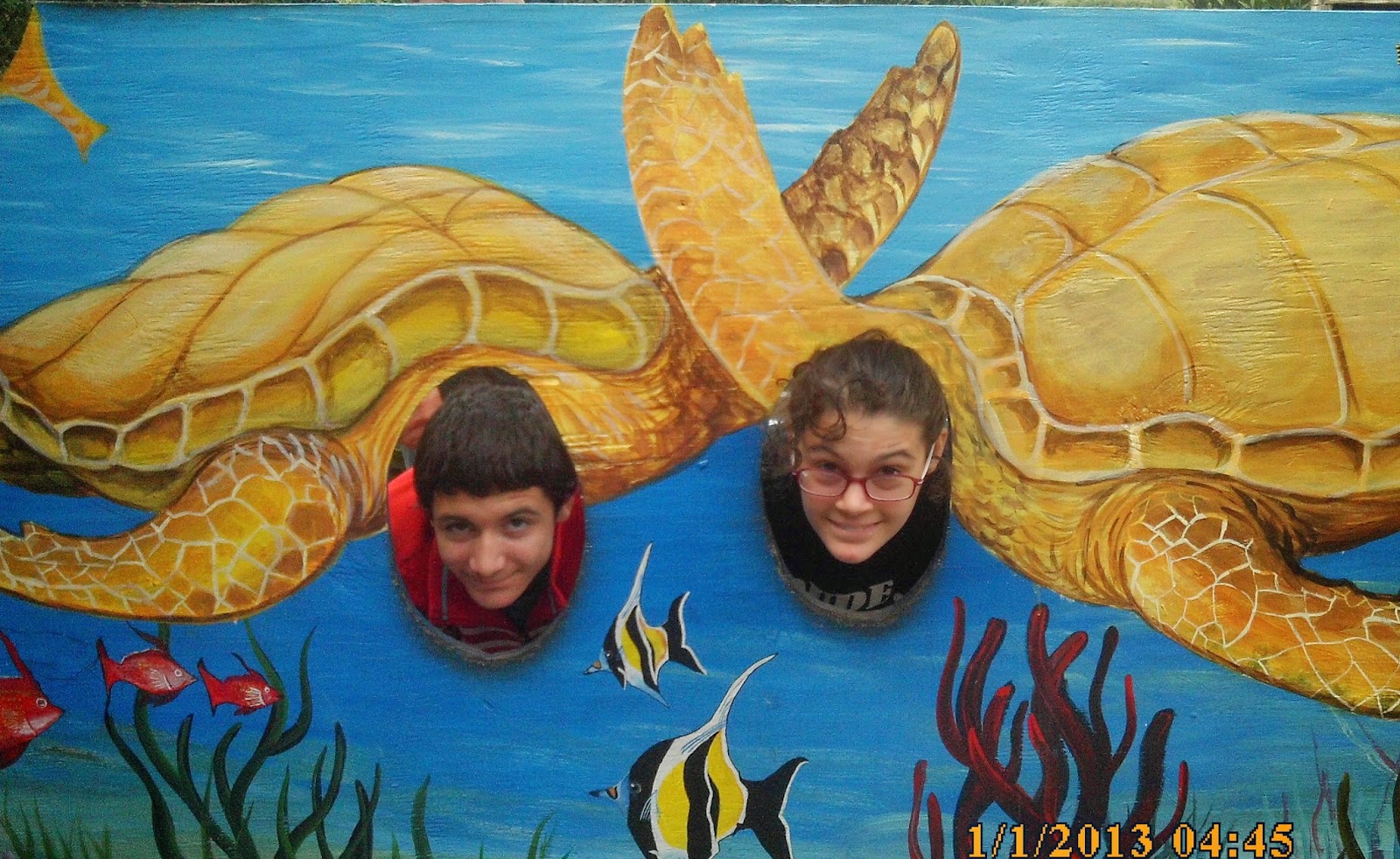 There were many more turtles and things to see but I dont want to give it all away:)
If you ever get the chance to visit South Padre Island, Texas this should be on your list of places to visit and explore. You can check out more about Sea Turtles Inc on their WEBPAGE or social media channels. TWITTER, FACEBOOK and INSTAGRAM
It is well worth the visit!

More about The Sea Turtle Rescue Center
Sea Turtle, Inc. was founded in 1977 by Ila Fox Loetscher, better known as "The Turtle Lady of South Padre Island." In 1999, Sea Turtle, Inc. moved from Ila's backyard into its current location at 6617 Padre Blvd.

Originally this organization was formed to aid in the protection and recovery of the endangered Kemp's ridley sea turtle. Our mission has since expanded into three parts: Education, Rehabilitation, and Conservation.
Today, Sea Turtle, Inc is a 501(C)(3) nonprofit. The sole source of income is public donations and gift shopsales, which are used to achieve the three missions. We do not receive any government funding.
Donations help with the upkeep of the sea turtles housed at the facility. This includes food, medications, heaters, filters, water and electricity. Donations are also used to support Sea Turtle, Inc.’s educational programs. In addition, about 20 percent of our income is used to fund alternative resource and conservation projects involving sea turtles around the world, increasing our conservation reach.
Sea Turtle, Inc. awards college scholarships to biology students. Each summer we host an internship programfor currently enrolled or recently graduated biology students. Donations are important to fund both of these opportunities.
Hours: Open from 10 am - 4 pm Tuesdays through Sundays (Closed Mondays). In the summer months, our hours are extended from 10 am - 5 pm.
We ask for a donation of $3.00 for adults and $2.00 for children over the age of 4
~~~~~~~~~~~~~~~~~~~~~~~~~~~~~~~~~~~~~~~~~~~~~~~~~ 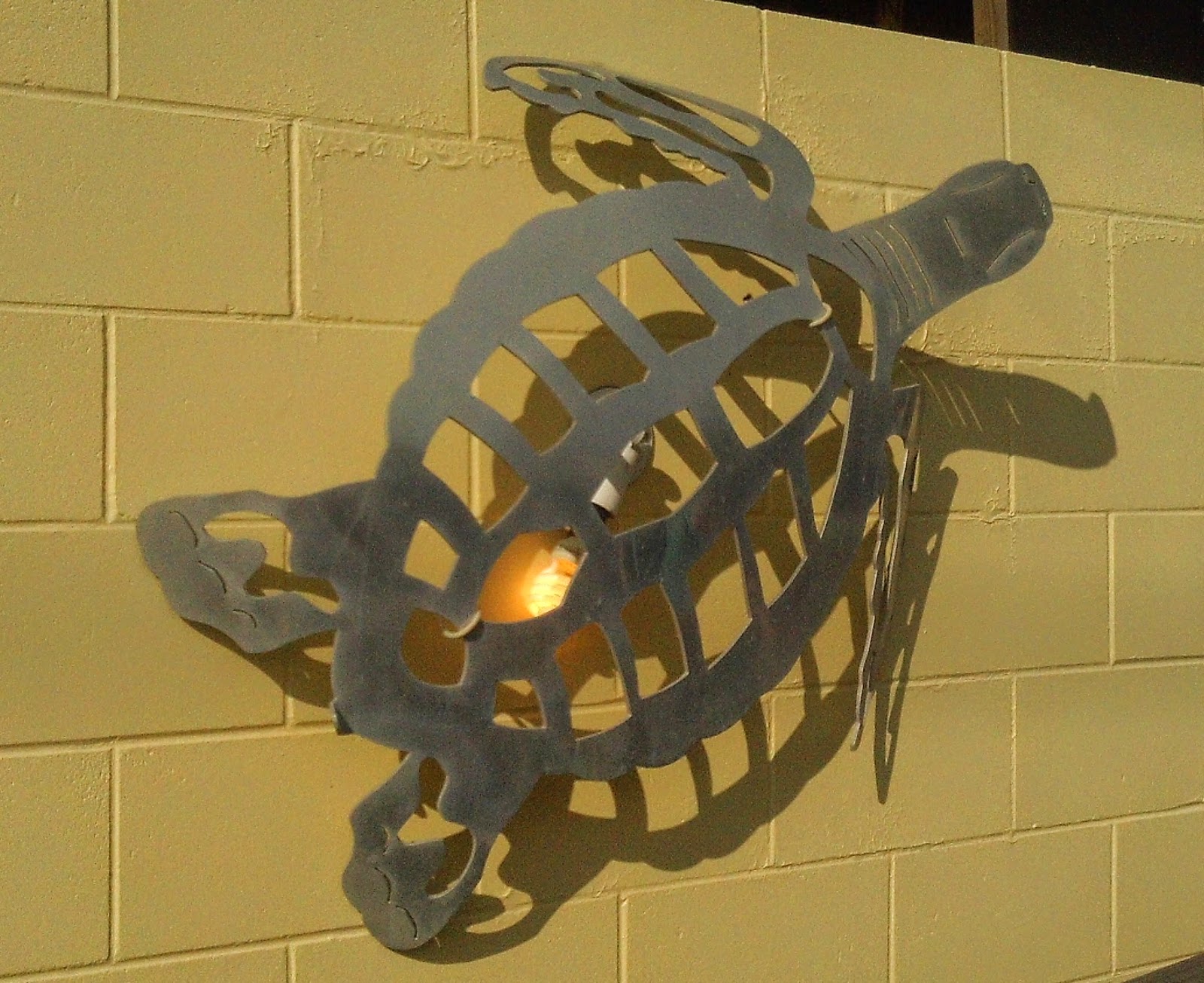 Thanks Bunches to the volunteers and staff of Sea Turtles Inc for the tour and information! We had a great time and learned a lot! Hugs from the Melendez Bunch:)
at 2:57 PM

I love sea turtles and I wish I could go here. They are just so sweet and beautiful creatures. You are lucky to have gone.

I live in Wilmington, NC and we have an annual event where we go and help baby sea turtles get from the beach to the water when they hatch at night to keep them from being eaten or just not making it. It is sponsored by the NC Aquarium at Fort Fisher. Great Trip for you and your kids :)

This looks like so much fun!! Love all your reviews! Great pics!

My sons love sea turtles and they would love to go there. Great photos and post, BTW!